In Praise of Blandness: Proceeding from Chinese Thought and Aesthetics (Paperback) 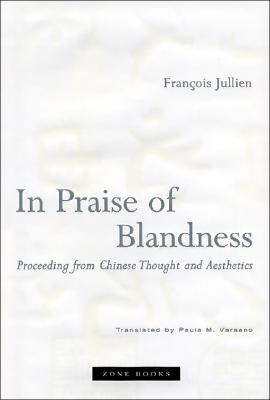 A consideration of blandness not as the absence of defining qualities but as the harmonious union of all potential values--an infinite opening into human experience.

Already translated into six languages, Francois Jullien's In Praise of Blandness has become a classic. Appearing for the first time in English, this groundbreaking work of philosophy, anthropology, aesthetics, and sinology is certain to stir readers to think and experience what may at first seem impossible: the richness of a bland sound, a bland meaning, a bland painting, a bland poem. In presenting the value of blandness through as many concrete examples and original texts as possible, Jullien allows the undifferentiated foundation of all things--blandness itself--to appear. After completing this book, readers will reevaluate those familiar Western lines of thought where blandness is associated with a lack--the undesirable absence of particular, defining qualities. Jullien traces the elusive appearance and crucial value of blandness from its beginnings in the Daoist and Confucian traditions to its integration into literary and visual aesthetics in the late-medieval period and beyond. Gradually developing into a positive quality in Chinese aesthetic and ethical traditions, the bland comprises the harmonious and unnameable union of all potential values, embodying a reality whose very essence is change and providing an infinite opening into the breadth of human expression and taste. More than just a cultural history, In Praise of Blandness invites those both familiar and unfamiliar with Chinese culture to explore the resonances of the bland in literary, philosophical, and religious texts and to witness how all currents of Chinese thought--Confucianism, Daoism, Buddhism--converge in harmonious accord.