Behind Enemy Lines: An Australian SAS Solider in Vietnam (Paperback) 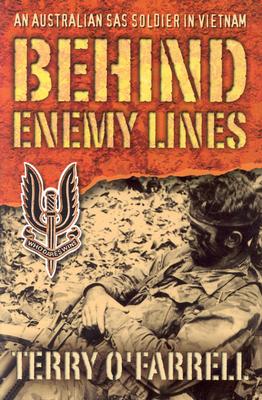 This personal account of Terry O'Farrell's career as an SAS soldier vividly captures not only the military actions of his time in Vietnam, but the human aspects of surviving the intense selection process and training to dealing with the ever-present fear of combat. The horrors of long tense stretches on patrol in the jungle and being caught by surprise by the enemy are recounted. Also included are colorful tales of experiences off the battlefied—the larrakin pranks during training and the friendships that form between soldiers.

Terry O'Farrell enlisted in the Australian Army when the war in Viet Nam started gathering momentum. He completed two combat tours of Viet Nam as an SAS soldier and went on 40 patrols behind enemy lines as a forward scout, a patrol signaller and eventually as a patrol commander, and was wounded twice. Following Vietnam he remained in the Army rising through the ranks to Major. Terry now lives in Perth with his wife and four children.