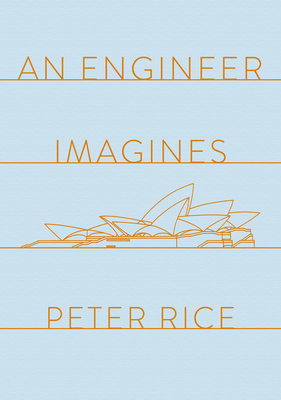 The long-awaited reissue of the autobiography of Peter Rice, acclaimed as one of the greatest structural engineers of the twentieth century.
An Engineer Imagines gives a rare glimpse into the mind and philosophy of Peter Rice, a man who, in Renzo Piano's words, could design structures "like a pianist who can play with his eyes shut." Collaborating with many of the finest architects on buildings that became icons of contemporary design--including the Sydney Opera House, Pompidou Centre, Menil Collection, and Lloyd's of London--he brought a uniquely poetic feeling to his work. Rice writes about the role of the engineer in society, and his own creative approach. He admits he became an engineer by accident, tentatively feeling his way through a career without a natural instinct. But as he takes you through each of his projects, one by one, you can trace his development from graduate to veteran. Rice's compelling and beautifully written autobiography is perfect for those who want to better understand postwar buildings and our concrete environment, or are budding students of engineering and architecture.

Peter Rice (1935-1992) was perhaps the most influential structural engineer of the twentieth century. Among the hundreds of buildings he worked on, his most notable masterpieces include the Sydney Opera House, the Pompidou Centre, the Menil Collection, and Lloyd's of London. A director of Ove Arup & Partners and a partner in Paris-based RFR, in 1992 Peter Rice was awarded the RIBA Gold Medal for Architecture.