Titanic and Other Ships (Hardcover) 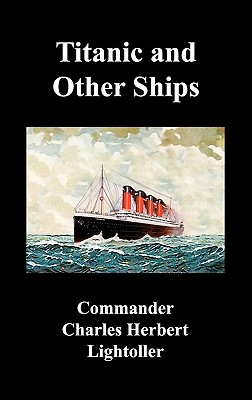 Titanic and Other Ships by Charles Herbert Lightoller. Charles Herbert Lightoller (1874-1952) was the second mate (second officer) on board the RMS Titanic, and the most senior officer to survive the Titanic disaster. Lightoller was decorated for gallantry as a naval officer in the First World War and later, in retirement, further distinguished himself in the Second World War by providing and sailing as a volunteer on one of the "little ships" during the perilous Dunkirk evacuation. This book details the wildly adventurous career of Titanic officer Charles Herbert Lightoller. After surviving the Titanic disaster, Lightoller went on to command a torpedo boat in the Nore Defence Flotilla, and two destroyers of the Dover Patrol. A first-hand account, giving a vivid picture of how the "gentlemen of the other firm" felt towards the U-boats. Lightoller sank Werner Furbringer's UB-110, and it is interesting to compare his account of their encounter with the one in Fips.