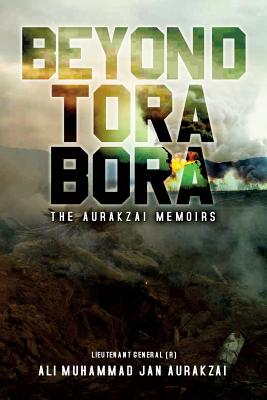 The story of this book starts with the ill-conceived operation "Enduring Freedom" in the mountainous region of Tora Bora in Afghanistan in December 2001 opposite Pakistan's Kurram and Khyber tribal agencies. To prevent Osama Bin Laden and his associates entering its tribal territory, Pakistan deployed its regular and paramilitary forces in the area for the first time in its history. OBL escaped towards Jalalabad and beyond while some of his operatives did manage to sneak into Kurram Agency but were promptly apprehended by Pakistani troops. In subsequent months and years regular troops were deployed in all the tribal agencies from Bajaur to South Waziristan securing the border with Afghanistan over a stretch of 600 KMs.The opportunity arose when he was appointed as military commander of the region immediately after the Nine-Eleven tragedy. This was the time when intense ground and air operations were being launched by US and Coalition forces close to Pak-Afghan border, notably the Tora Bora mountains across the tribal region of Kurram and Khyber agencies. To avert the possibility of Al-Qaeda and Taliban elements infiltrating into the tribal areas, the Pakistan government decided to send its army and paramilitary forces to the area to seal the border. Aurakzai built a strong relationship with the tribesmen and won their trust, confidence and unconditional support to deploy troops there in a smooth and orderly manner. Taking advantage of the congenial environment, besides pursuing his primary mission of anti-terror operations, he embarked upon developing the area, focusing on infrastructure development, education, health and above all, making earnest endeavours to bring about attitudinal change among the tribesmen with the ultimate aim of mainstreaming the area in all sphere of national activities.Beyond Tora Bora gives a fascinating narration of how the Pakistan Army entered these areas and secured the interior and the border belt which had never been accessed in the past. The book highlights the pathetic socio-economic conditions of its inhabitants - some still living in caves - lack of basic amenities of life and near total absence of education and health facilities.

Ali Aurakzai was born in 1947 in Orakzai Agency of Pakistan's tribal areas. He got his education mainly in Khyber Pakhtunkhwa (KP) and did his bachelors from the historic Islamia College Peshawar. He was commissioned in the Pakistan Army in April 1968 and was posted in a mechanized infantry battalion which he later commanded. He commanded two infantry brigades (one in Kashmir) and two infantry divisions (Kashmir and Northern Areas/Siachen). His last command was of the Peshawar Corps which he took over on 9 Oct 2001 immediately after 9/11 and commanded it till 12 Mar 2004 whence he retired from the Army. He launched scores of military operation in FATA against foreign militants and succeeded in capturing hundreds of them.