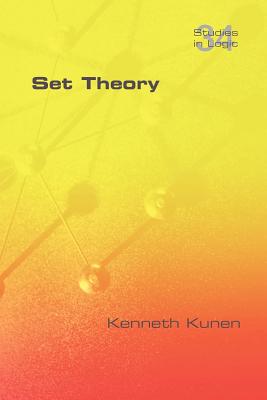 This book is designed for readers who know elementary mathematical logic and axiomatic set theory, and who want to learn more about set theory. The primary focus of the book is on the independence proofs. Most famous among these is the independence of the Continuum Hypothesis (CH); that is, there are models of the axioms of set theory (ZFC) in which CH is true, and other models in which CH is false. More generally, cardinal exponentiation on the regular cardinals can consistently be anything not contradicting the classical theorems of Cantor and K nig. The basic methods for the independence proofs are the notion of constructibility, introduced by G del, and the method of forcing, introduced by Cohen. This book describes these methods in detail, verifi es the basic independence results for cardinal exponentiation, and also applies these methods to prove the independence of various mathematical questions in measure theory and general topology. Before the chapters on forcing, there is a fairly long chapter on "infi nitary combinatorics". This consists of just mathematical theorems (not independence results), but it stresses the areas of mathematics where set-theoretic topics (such as cardinal arithmetic) are relevant. There is, in fact, an interplay between infi nitary combinatorics and independence proofs. Infi nitary combinatorics suggests many set-theoretic questions that turn out to be independent of ZFC, but it also provides the basic tools used in forcing arguments. In particular, Martin's Axiom, which is one of the topics under infi nitary combinatorics, introduces many of the basic ingredients of forcing.