Getting, Keeping & Working with Your Acting Agent: The Compact Guide (Paperback) 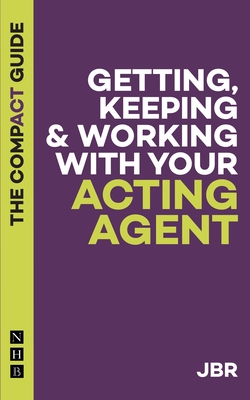 JBR (He/They) is a non-binary creative. He began his career in the 1980s as a child performer with English National Opera, and has spent more than three decades in the industry, exploring creativity and working across a number of fields. He has been an actor, a director, a writer, a designer, a drag queen, a producer, a dramaturg, a teacher, a comedy booker, a publican, a marketing manager and an agent. He started as an agent at Simon & How before setting up on his own as JBR Creative Management, where he works with a small group of brilliant, multi-platform creatives who keep him on his toes, keep him inspired, and keep him learning about the power of creativity. He holds degrees from Bristol University and Mountview, and a PGCE from London Metropolitan. As a writer, he was contributing editor of First Act newspaper, and editor of Fourthwall Magazine & The Drama Student. He has contributed to the Irish Independent, Musical Stages, PostScript, BritishTheatre.com, and is a columnist for AussieTheatre.com.au. He is often called upon as a judge and has judged film festivals, sat on the Olivier Awards public panel, judged the Amateur Stages playwriting competition, the Stiles + Drewe Mentorship Award, and the New UK Musicals singing competition. He is a regular guest lecturer at a number of UK drama schools.