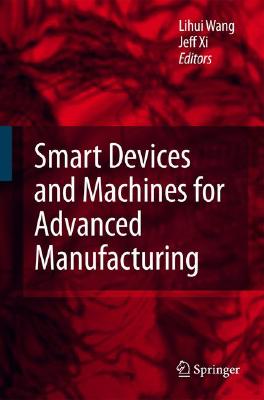 Manufacturing has been one of the key areas that support and influence a nation's economy since the 18th century. Being the primary driving force in economic growth, manufacturing constantly serves as the foundation of and contributes to other industries. In the past centuries, manufacturing has contributed to the modern civilisation and created momentum that is continuously driving today's economy. Despite various revolutionary changes and innovations in the 20th century that contributed to manufacturing advancements, we are facing new challenges when striving to achieve greater success in winning global competitions. Machines and robots, as the constituent components in manufacturing, have contributed significantly to the success of advanced manufacturing. After evolving from the initial mechanisation era where mechanical devices were created to replace human labours to the later automation era where control devices were invented to replace human operations, the history of machines has now entered into the modern era of autonomisation where intelligent devices are being developed in an attempt to eventually replace human decision making. While machines are becoming more and more intelligent through integration with new technologies including sensors, controls, computers and even the Internet, machine structures and theories have also advanced, most noticeably in the area of parallel kinematic machines and micro machines.