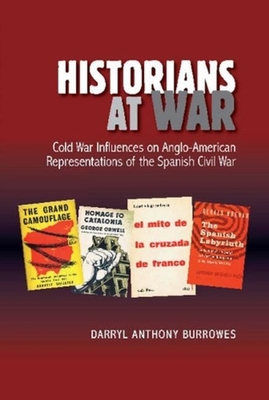 No event of the twentieth century aroused as much passion as the Spanish Civil War. People felt compelled to take sides, whether for the elected Republican government, or for Franco and the Nationalists who were seeking to overthrow it. It was a conflict which reverberated around the world. When the war was finally over, historians, too, took sides in forming judgments on the causes of the war. At no stage was this historical legacy of the war more bitterly contested than during the Cold War. Author Burrowes scrutinizes the lives and works of the novelists, George Orwell and Gerald Brenan, and of two Spanish Civil War specialist historians, Burnett Bolloten and Herbert Southworth, in order to determine to what extent these writers participated in the cultural politics generated by the Cold War's anti-communist climate, and how they presented the roles played by the Spanish Communist Party and the USSR in Spain's Second Spanish Republic and its Civil War.