California Gothic: The Dark Side of the Dream (Paperback) 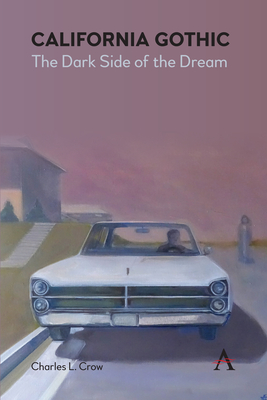 California Gothic explores the California Dream and its dark inversion as nightmare, as illustrated in fiction, poetry, and film. California began as a literary invention, a magic island, in a Spanish romance before conquistadors first visited the land. From early days to the present, the California dream of happiness in a land of new beginnings has been maintained by suppression of disturbing realities: above all, the destruction of native peoples; and by events and facts such as the tragedy of the Donner Party, the persistence of poverty and crime in the golden land, disturbing crimes such as the Black Dahlia; and pandemics and ecological disaster.

The exposure of the Dream's dark side began early in California's history and literature. The tragedy of the Donner Party is an emblem of California's hope and disillusionment and is a foundational event of California. Later, after the madness of the Gold Rush, Ambrose Bierce and Emma Dawson explored the ghostly potential of San Francisco and its environs. In Carmel, George Stirling's community of writers and artists attempted a life in harmony with sea and landscape, like that of the lost natives as they imagined them. Instead, they evoked demons that led many to suicide. The story of the lotos eaters of Carmel anticipates the disillusionment of the 1960s, as represented by the novels of Kem Nunn, Thomas Pynchon, and Denis Johnson. George Stirling's friend Jack London battled his own demons, and left, in the ruins of Wolf House, one of California's true Gothic places.

California Gothic has interacted with the Noir tradition, a European transplant that found rich soil in California, creating a style, mood and subject matter in movies and the crime fiction that often provided the films' screenplays. Often deeply Gothic, Noir produced masterpieces such as Hitchcock's Vertigo and Lynch's Mulholland Drive (2002) that, like most of the works discussed in California Gothic, speak to America and the world at large, while being deeply rooted in the culture and history of the Golden State.