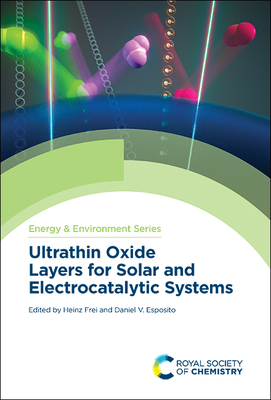 Ultrathin metal oxide layers have emerged in recent years as a powerful approach for substantially enhancing the performance of photo, electro, or thermal catalytic systems for energy, in some cases even enabling the use of highly attractive materials previously found unsuitable. This development is due to the confluence of new synthetic preparation methods for ultrathin oxide layers and a more advanced understanding of interfacial phenomena on the nano and atomic scale. This book brings together the fundamentals and applications of ultrathin oxide layers while highlighting connections and future opportunities with the intent of accelerating the use of these materials and techniques for new and emerging applications of catalysis for energy. It comprehensively covers the state-of-the-art synthetic methods of ultrathin oxide layers, their structural and functional characterization, and the broad range of applications in the field of catalysis for energy. Edited by leaders in the field, and with contributions from global experts, this title will be of interest to graduate students and researchers across materials science and chemistry who are interested in ultrathin oxide layers and their applications in solar energy conversion, renewable energy, photocatalysis, electrocatalysis and protective coatings.

A Senior Scientist at Lawrence Berkeley National Laboratory, Heinz Frei studied chemistry at the Swiss Federal Institute of Technology (ETH) Zurich (PhD in physical chemistry 1977). After a postdoctoral stay at the Chemistry Department of the University of California at Berkeley, he started a research group in solar photochemistry at LBNL with focus on chemistry with near infrared light, work for which he received the Werner Prize of the Swiss Chemical Society in 1990. Since then, Frei has established new methods for utilizing visible and near infrared light for the environmentally friendly synthesis of useful chemicals and for the chemical storage of solar photons, communicated in over 160 peer reviewed articles. Currently, his research effort focuses on the scientific challenges of the direct conversion of carbon dioxide and water to a liquid fuel by artificial photosynthesis. Frei served as a Deputy Director of LBNL's Physical Biosciences Division (1998-2007) and the Helios Solar Energy Research Center (2008-2011). He was one of the founding scientists of the Joint Center for Artificial Photosynthesis (JCAP, the U.S. Dept. of Energy Innovation Hub for Fuels from Sunlight), Leader of its Interface Project 2010-2015, and Dept. Head of JCAP at LBNL in 2012. Frei has co-organized several symposia on solar photochemistry in the past few years and was Joint-Chair of the 2016 Gordon Research Conference on Solar Fuels. He was elected Fellow of the American Association for the Advancement of Science in 2014. Daniel Esposito received his Ph.D. in Chemical Engineering at the University of Delaware and studied as a postdoctoral research associate at the National Institute of Standards and Technology (NIST) under a National Research Council fellowship. He is now an Associate Professor in Chemical Engineering at Columbia University, where he is also a core member of the Columbia Electrochemical Energy Center (CEEC). His group's research interests relate broadly to the development of electrochemical technologies for clean energy applications. Specific topics of interest include electrocatalysis, photoelectrochemistry/solar fuels, and the use of in situ analytical techniques to study the performance and properties of (photo)electrocatalytic materials at high spatial resolution. Esposito received an NSF CAREER award in 2018 to study electrochemical reactions at the buried interface between ultrathin oxides and electrocatalytic materials. He has also been a co-organizer of four different symposia focused on or closely related to solar fuels over the past four years.