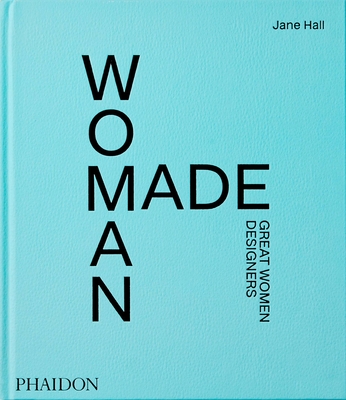 "Thoroughly international in scope, [Woman Made] is a compendium of disarming surprises." - Wall Street Journal

The most comprehensive, fully illustrated book on women designers ever published - a celebration of more than 200 women product designers from the early twentieth century to the present day

This glorious visual celebration of the most incredible and impactful design ever produced by women designers flips the script on what is historically considered a man's world. Featuring more than 200 designers from more than 50 countries, including icons and trailblazers past and present such as Ray Eames, Eileen Gray, Florence Knoll, Ilse Crawford, Faye Toogood, Nathalie du Pasquier, it records and illuminates the fascinating and overlooked history of women preeminent in the field. With each designer represented by a key product and short text, this fascinating A-Z survey shines a vital spotlight on the most extraordinary objects made by women designers but, more importantly, offers a compelling primer on the best in the field of design demonstrating that design is not - and never has been - a man's world.

Jane Hall is the inaugural recipient of the British Council Lina Bo Bardi Fellowship (2013) and a founding member of Assemble, the London-based, Turner Prize-winning collective. Jane's own projects within the collective focus on collaborative practice between artists and architects, explored through exploratory installation and exhibition design. She is the author of Breaking Ground: Architecture by Women published by Phaidon in 2019.

"Shines a spotlight on the pioneering – and oft-overlooked – female makers." – Vogue

"Women designers get their due." – New York Times Style Magazine, The T List

"Busts the myth that design is a man's world." – PRINT

"If this book teaches us anything, it's that we are living in a world designed by women." – Fast Company

"Brings to light the profound impact of women designers." – Dwell

"[Woman Made] proves the extent to which women have impacted the design world throughout the century – whether or not they were rightfully recognized." – Harper's Bazaar

"Woman Made is here to shatter all your stereotypes about women's design." – Fast Company's Co.Design

"I'd wager even design enthusiasts will learn about someone they didn't know." – Samantha Weiss-Hills, Domino

"Beyond the fascinating insight and intriguing imagery, the book itself is something you'll want to display on your coffee table." – Architectural Digest's Clever

"This volume seeks to set the record straight by highlighting the contributions of more than 200 female architects, product designers, and graphic designers." – Elle Decor

"Each gander turns up another alluring treasure." – NPR