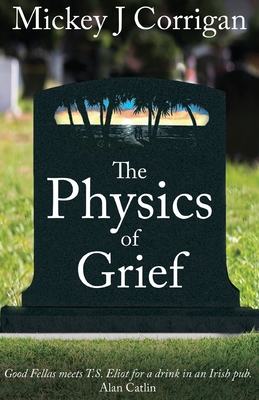 The Physics of Grief has a first-person narrator: Seymour, a down-and-out former teacher and semi-alcoholic who at the start of the book is guiltily haunted by the death of his girlfriend, tells the story of how he is lifts himself out of grief and apathy. The catalyst is a mystery man - Raymond C. Dasher - who enters Seymour's life via a chance encounter in a caf and persuades him to accept a job as a "professional griever". A series of big adventures follow, some macabre, some sinister, some extremely funny, as Seymour encounters an improbably diverse but highly credible set of characters united only by the fact that all are interacting in some way with death - including, in more than one instance, actually precipitating it. Most complex of these is Milton Lasker, a former gangster whose relationship with Seymour is ambivalent, to say the least - at one point he tries to strangle him and even his overtures of help are terrifying. Dasher and Lasker are not what they seem - or are they? Does Seymour fail to read them correctly?