The Boy With Only One Shoe: An illustrated memoir of wartime life with Bomber Command (Hardcover) 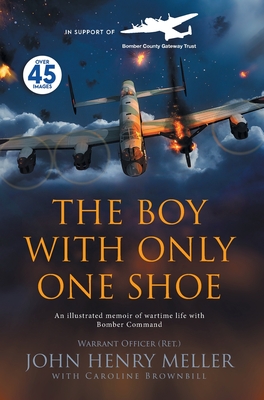 This book is a must read, a real page turner, accompanied by wartime photographs. 95 year old Bomber Command veteran John Henry Meller describes beautifully what it was like to live through the wartime years, waking up on an operational base in 1945. Few now remain to recount first hand the emotions, experiences and bravery of combat in a Lancaster Bomber. You really feel like you are there with him. With a 46% attrition rate the Lancaster bomber was one of the most dangerous places to be in WW2. No one was enlisted to become aircrew; they were all volunteers. At just 18 years old, John was one such man. He and his crew had several close calls, but were one of the few lucky ones to survive. This book is a fitting, compassionate tribute to the 55,573 who did not return. Lest we forget.