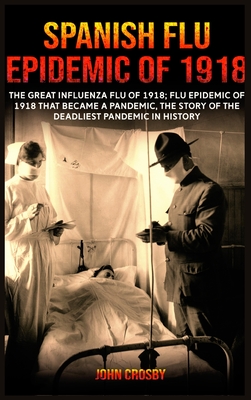 The Spanish Flu did not originate in Spain, although news insurance of it did. At some point of global warfare, Spain was an impartial united state with an unfastened media that covered the outbreak from the start, first reporting on it in Madrid in late 1918. In the meantime, Allied countries and the crucial Powers had wartime censors who protected up information of the flu to hold morale excessive. Because Spanish information resources were the most effective ones reporting at the flu, many believed it originated there (the Spanish, in the meantime, believed the virus came from France and called it the "French Flu.")

Scientists up to this day, do not understand in which country did the Spanish Flu really originated, though theories factor to France, China, Britain, or the USA, where the first acknowledged case turned into pronounced at Camp Funston in citadel Riley, Kansas, on March 11, 1918.

a few believe infected infantrymen unfold the sickness to other navy camps throughout the United States of America, then delivered it to distant places. In March 1918, 84,000 American infantrymen headed across the Atlantic and had been accompanied with the aid of 118,000 more the following month.

It's unknown precisely where the unique stress of influenza that induced the pandemic came from; however, the 1918 flu was first found in Europe, the USA and regions of Asia earlier than spreading to nearly each different part of the planet within a number of months.

One uncommon issue of the 1918 flu was that it hit many beforehand healthy, younger people-a set usually proofed against this kind of infectious illness or virus.

despite the fact that the death toll attributed to the Spanish flu is frequently estimated at 20 million to 50 million victims internationally, different estimates run as high as a hundred million victims-around 3 percentage of the world's populace. the exact numbers are impossible to know due to a lack of medical report-preserving in many places.

via the summer time of 1919, the flu pandemic came to a cease, as those that were inflamed both died and developed immunity.

nearly 90 years later, in 2008, researchers introduced they'd determined what made the 1918 flu so lethal: a group of 3 genes enabled the virus to weaken a sufferer's bronchial tubes and lungs and clear the manner for bacterial pneumonia.

All of these present-day pandemics takes renewed interest in to the Spanish Flu, or "forgotten pandemic," so-named due to the fact its spread changed and overshadowed by the deadliness of WWI and contained within by using news blackouts and poor document-maintaining.