The Jews: The History and Culture of the Jewish Peoples in Europe (Paperback) 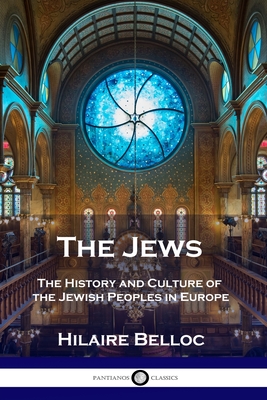 By Hilaire Belloc
Email or call for price.

Hilaire Belloc describes the European Jewish diaspora, its contributions to the life and intellectual culture of the continent, and the undercurrents of hostility towards Jews in early 20th century Europe.

The author discusses the culture of the Jews, their worship and religious ideas as one of the earliest monotheistic faiths. He offers praise and admiration for the Jewish contributions to science, technology and intellectual pursuits at large, and the resulting benefits to Europe and the world in general. Yet Belloc is also mindful of the antagonistic hostility of anti-Semitism, an anger which threatened to boil over into violence.

Writing in the early 1920s, the themes explored by Hilaire Belloc are sobering for how they anticipate the rise of fascism and anti-Semitic ideology. Predicting and fearing what would appallingly follow from a future extremist regime, Belloc's writings are a window into a Europe imperiled by rising resentments. Thus Belloc's account is both an assessment of Jewish peoples and an account of a fractious era in wider European politics and culture.

A prodigious author who wrote essays and books concerning hundreds of varied topics, Hilaire Belloc also served for four years as a Liberal Party MP in the British parliament. In his later years he became an enthusiastic yachtsman, sailing the coasts of England in a small cutter.