Organon of Homoeopathic Medicine: The Classic Guide Book for Understanding Homeopathy - the Fifth and Sixth Edition Texts, with Notes (Paperback) 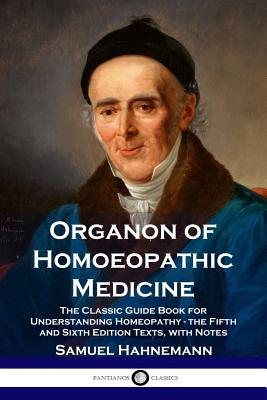 Samuel Hahnemann was a German physician who created and introduced homeopathy, a system of alternative medicine which claims that a substance which causes diseases in some individuals can cure it in others.

Writing in the early 19th century, Hahnemann set out the principles of homoeopathic medicine in a total of 297 aphorisms. Each of these discussed the various attributes of healing that underpin homeopathy as a method of curing. The notion of 'miasms' as the origin and cause of all chronic disease, and how such can be alleviated, is elaborated upon by the author.

Today, homeopathy has been widely discredited, with its methodology and teachings contrasted with established discoveries in biology and chemistry. Numerous studies of homeopathy's efficacy have shown that the results of treatment are no better than placebo. In the 19th century however, its use was popular with Hahnemann himself contrasting his methods by terming conventional medicine 'allopathic'.

This edition combines side-by-side two editions of the Organon; the fifth, translated in late 19th century by R. E. Dudgeon, and the sixth, translated in 1922 by William Boericke. Both translators were practising homeopaths who added their own discoveries and annotations to Hahnemann's principle text.