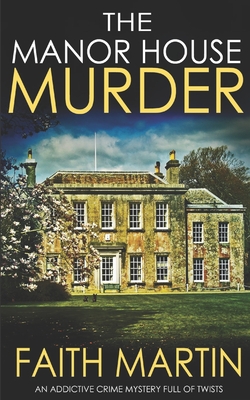 Discover a new series of murder mysteries set in an idyllic English village. From million-selling author Faith Martin. Meet Monica Noble: the vicar's wife with a taste for solving crimes. Please note this book was first published as "AN UNHOLY SHAME" under Faith Martin's pen name JOYCE CATO. THE WEEKEND TURN MURDEROUS
Monica Noble and her husband Graham, the local vicar, are invited to participate in a high-flying church conference being held at a swanky manor house hotel in their village. At the Saturday night dinner, the ambitious female cleric Celia Gordon tragically dies, seemingly of a peanut allergy. But when Chief Superintendent Jason Dury arrives on the scene he quickly discovers that it's a case of murder. And Monica's husband is the prime suspect. Other suspects include an eminent bishop, an archdeacon viciously opposed to female clergy, and his wife, the curator of a local museum, who is definitely up to something. But if Monica is to find out who killed Celia, and free her husband from suspicion, she must grapple with a very ruthless - and increasingly desperate - killer, putting herself and those around her in mortal danger. This is the third of a series of enjoyable murder mysteries with great characters and baffling crimes which will keep you gripped till the final page. Perfect for fans of classic whodunits by authors like Agatha Christie, LJ Ross, TE Kinsey, and J.R. Ellis. MONICA NOBLE was widowed young, leaving her to raise her feisty daughter on her own. That is, until she met and fell in love with Graham Noble, a country vicar (pastor), who enticed her to leave her high-flying job in advertising in the city and move to the Cotswold countryside. There she found bucolic life very pleasant indeed - until murder started to rear its ugly head. And she discovered, to everyone's surprise, that she had a flair for solving the most unholy of crimes. FAITH MARTIN is the million-selling author of the DETECTIVE HILLARY GREENE and JENNY STARLING mysteries, which have topped the global best-seller charts. More FAITH MARTIN mysteries coming soon. Join the Joffe Books mailing list to be the first to hear about the next in the series. MONICA NOBLE MYSTERIES Book 1: THE VICARAGE MURDER
Book 2: THE FLOWER SHOW MURDER
Book 3: THE MANOR HOUSE MURDER JENNY STARLING MYSTERIES
Book 1: THE BIRTHDAY MYSTERY
Book 2: THE WINTER MYSTERY
Book 3: THE RIVERBOAT MYSTERY
Book 4: THE CASTLE MYSTERY
Book 5: THE OXFORD MYSTERY
Book 6: THE TEATIME MYSTERY
Book 7: THE COUNTRY INN MYSTERY.