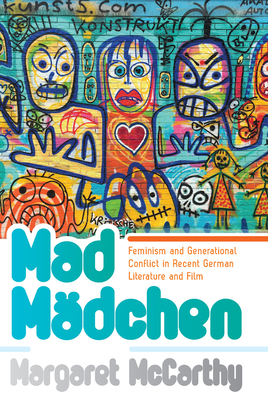 The last two decades have been transformational, often discordant ones for German feminism, as a new cohort of activists has come of age and challenged many of the movement's strategic and philosophical orthodoxies. Mad M dchen offers an incisive analysis of these trans-generational debates, identifying the mother-daughter themes and other tropes that have defined their representation in German literature, film, and media. Author Margaret McCarthy investigates female subjectivity as it processes political discourse to define itself through both differences and affinities among women. Ultimately, such a model suggests new ways of re-imagining feminist solidarity across generational, ethnic, and racial lines.

Margaret McCarthy is Professor of German Studies at Davidson College, where she also teaches film and media studies. She has published articles on contemporary German literature, film, and feminism in journals such as Camera Obscura, German Quarterly, New German Critique, and Oxford German Studies. She co-edited the Women in German Yearbook as well as Light Motives: German Popular Film in Perspective (2003). More recently she edited Pop Literature: A Companion (2015).