The Gothic Literature and History of New England: Secrets of the Restless Dead (Paperback) 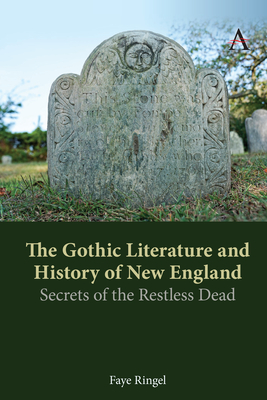 The Gothic Literature and History of New England surveys the history, nature and future of the Gothic mode in the region, from the witch trials through the Black Lives Matter Movement. Three main areas of its focus are women's representation as writers and consumers of Gothic literature, the Puritans' fear of the wilderness and treatment of the native peoples, and the legacy of slavery and enduring racism. Texts include Cotton Mather and other Puritan divines who collected folklore of the supernatural; the Frontier Gothic of Indian captivity narratives; the canonical authors of the American Renaissance such as Melville and Hawthorne; the women's ghost story tradition and the Domestic Gothic from Harriet Beecher Stowe to Charlotte Perkins Gilman to Shirley Jackson; Stephen King and the horror boom of the twentieth century; and writers of the current generation who respond to the racial and gender issues in the work of H. P. Lovecraft, the Providence writer whose stories once defined New England's Gothic heritage.

The Gothic Literature and History of New England brings to the surface the religious intolerance, racism and misogyny inherent in the New England Gothic, and how these nightmares continue to haunt literature and popular culture--tourism, films, television, games, the visual arts and more.

This is a high-interest work designed for scholars of the Gothic mode who may not be familiar with more recent developments in fiction and film as well as for advanced undergraduate and graduate students searching for a compact introduction to this area of the American Gothic. It will provide an overview of criticism, a timeline of historical events and literary texts, and suggestions for further reading. The approach relies on open-ended questions that may help instructors "teach the conflicts" around race, gender, class and the aesthetics of the Gothic.