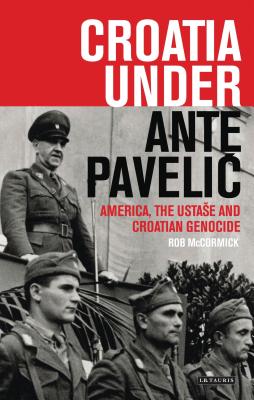 By Robert B. McCormick
$150.00
Sorry, Currently unavailable or backordered

Ante Pavelic was the leader of the fascist party of Croatia (the Ustase), who, on Adolf Hitler's instruction, became the leader of Croatia after the Nazi invasion of 1941. Pavelic was an extreme Croatian nationalist who believed that the Serbian people were an inferior race - he would preside over a genocide that ultimately killed an estimated 390,000 Serbs during World War II. Croatia under Ante Pavelic provides the full history of this period, with a special focus on the United States' role in the post-war settlement. Drawing on previously unpublished documents, Robert McCormick argues that President Harry S. Truman's Cold War priorities meant that Pavelic was never made to answer for his crimes. Today, the Ustase remains difficult legacy within Croatian society, partly as a result of Pavelic' political life in exile in South America. This is a new account of US foreign policy towards one of the Second World War's most brutal dictators and is an essential contribution to Croatian war-time history.

Rob McCormick is Associate Professor of History at the University of Carolina, USA, and Chair of the Department of History, Political Science, Philosophy and American Studies.