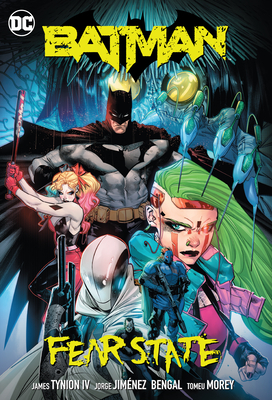 Gotham City is on the brink of martial law as Batman fights a two-front battle! The Scarecrow is unleashing a devasting attack on the city while the Magistrate have made their move to invade!


The BATMAN: THE JOKER WAR creative team of James Tynion IV and Jorge Jimenez continue their epic run with Gotham City on the brink of a violent evolutionary path and the danger level to Batman and his allies reaching a fever pitch! The Magistrate now have full support from the mayor to handle high-level law enforcement in Gotham and have branded the Dark Knight as Public Enemy #1. Batman must also contend with the return of the Scarecrow who pursues his own terrifying agenda as he takes this chaotic moment to launch his FEAR STATE.