Buccaneers and Pirates of Our Coasts (Paperback) 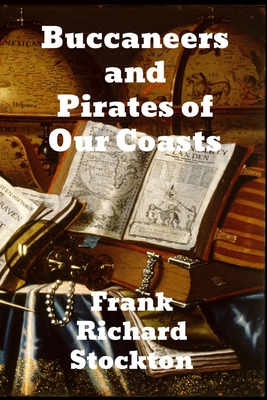 By Frank Richard Stockton
$16.99
Email or call for price.

Buccaneers and Pirates of Our Coasts, by Frank Richard Stockton, is a fascinating pirate history volume which provides a historical account of piracy in the Americas and the exploits of the pirate rogues found there.

When I was a boy I strongly desired to be a pirate, and the reason for this was the absolute independence of that sort of life. Restrictions of all sorts had become onerous to me, and in my reading of the adventures of the bold sea-rovers of the main, I had unconsciously selected those portions of a pirate's life which were attractive to me, and had totally disregarded all the rest.

In fact, I had a great desire to become what might be called a marine Robin Hood. I would take from the rich and give to the poor; I would run my long, low, black craft by the side of the merchantman, and when I had loaded my vessel with the rich stuffs and golden ingots which composed her cargo, I would sail away to some poor village, and make its inhabitants prosperous and happy for the rest of their lives by a judicious distribution of my booty.