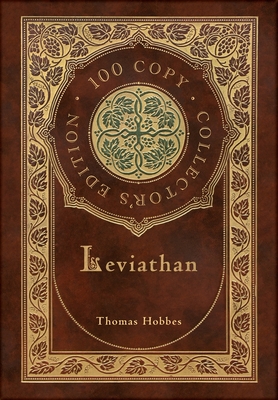 Leviathan ranks as a classic Western work on statecraft comparable to Machiavelli's The Prince. It concerns the structure of society and legitimate government, and is regarded as one of the earliest and most influential examples of social contract theory. Written during the English Civil War (1642-1651), Leviathan argues for a social contract and rule by an absolute sovereign. Hobbes wrote that civil war and the brute situation of a state of nature ("the war of all against all") could only be avoided by strong, undivided government.

Hobbes explicitly rejects the idea of Separation of Powers. In item 6 Hobbes is explicitly in favour of censorship of the press and restrictions on the rights of free speech should they be considered desirable by the sovereign to promote order. Hobbes explicitly states that the sovereign has authority to assert power over matters of faith and doctrine and that if he does not do so, he invites discord. Thomas Hobbes also touched upon the sovereign's ability to tax in Leviathan. Hobbes believed that equal justice includes the equal imposition of taxes. The equality of taxes doesn't depend on equality of wealth, but on the equality of the debt that every man owes to the commonwealth for his defence and the maintenance of the rule of law.

This cloth-bound book includes a Victorian inspired dust-jacket, and is limited to 100 copies.