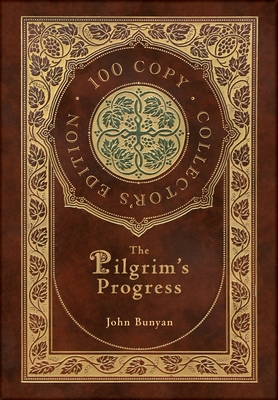 The Pilgrim's Progress is a 1678 Christian allegory written by John Bunyan. It is regarded as one of the most significant works of religious, theological fiction in English literature. It has been translated into more than 200 languages, and has never been out of print. It has also been cited as the first novel written in English.

The Pilgrim's Progress, written during Bunyan's twelve-year imprisonment although not published until 1678 six years after his release, that made Bunyan's name as an author with its immediate success. The Pilgrim's Progress was much more popular than its predecessors. Bunyan's plain style breathes life into the abstractions of the anthropomorphized temptations and abstractions that Christian encounters and with whom he converses on his course to Heaven. Three years after its publication (1681), it was reprinted in colonial America, and was widely read in the Puritan colonies.

This cloth-bound book includes a Victorian inspired dust-jacket, and is limited to 100 copies.