The Bulldog and the Helix: DNA and the Pursuit of Justice in a Frontier Town (Paperback) 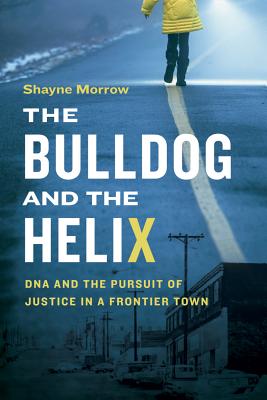 In 1977, the industrial town of Port Alberni was shaken by the brutal murder of twelve-year-old Carolyn Lee, who had been abducted while walking home from her dance class. In 1996, the town was devastated again when eleven-year-old Jessica States disappeared while chasing foul balls at a local fast-pitch game, her lifeless body later found beaten in the woods.

At the time of States's murder, Shayne Morrow was working as a reporter for the Alberni Valley Times. His interest in forensic science led him to cover the States case and relate it back to the Lee case, which had gone unsolved for years. In his coverage, Morrow gained unprecedented access to the investigators and scientists who were on the trail of both killers. Emerging DNA technology in the mid-1990s led to a renewed interest in the Lee case and ultimately to the conviction of her killer, Gurmit Singh Dhillon, in 1998. The technological mechanisms put in place during that case would lay the groundwork for the capture of States's killer, Roderick Patten, a year later.

The Bulldog and the Helix is a riveting portrait of a town rocked twice by the most heinous type of crime imaginable and a community's unrelenting search for justice.