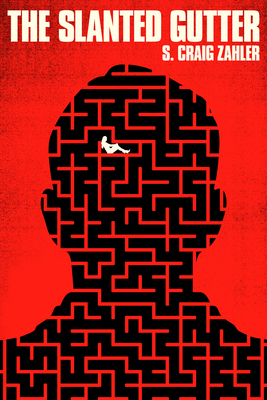 Darren Tasking is a slick who lives in Great Crown, Florida and considers himself an entrepreneur. Others might refer to him as a criminal or a pimp or an extortionist or all of these things, if they knew what he was doing at night. His income is derived from a number of brothels and gambling parlors that are secreted behind iron doors in what appear to be typical apartment buildings. The police--whom he refers to as "the machos"--are oblivious of his enterprises, but he was incarcerated years ago and is uncommonly careful.

When Tasking cannot convince someone to do something he wants, he alters that person's life--elaborately and maliciously--until that person yields to his wishes. He is oblique and autonomous, and he is successful. Daily, his plots, parlors, and prostitutes bring him closer to the large dollar amount that is his ultimate career goal.

Things start to change when he walks into the Cherry Red strip club for the first time and meets the dancer, Erin Green. . . .

S. Craig Zahler is an award-winning screenwriter, director, novelist, cinematographer, and musician. He wrote, directed, and co-composed the score for the 2015 film Bone Tomahawk, an Independent Spirit Award nominated picture (Best Screenplay; Best Supporting Actor) starring Kurt Russell, Patrick Wilson, Matthew Fox, and Richard Jenkins. The film garnered praise from critics and fans alike, including the New York Times, who called it "[a] witty fusion of western, horror and comedy that gallops to its own beat." Zahler more recently wrote and directed Brawl in Cell Block 99, a New York Times Critic's Pick, starring Vince Vaughn, Jennifer Carpenter, and Don Johnson, which premiered at the Venice Film Festival, and also went on to critical acclaim. Both movies were added to the permanent collection of the Museum of Modern Art in New York City in 2017. Mel Gibson, Vince Vaughn, and Tory Kittles star in Zahler's new crime drama Dragged Across Concrete. Zahler's debut western novel, A Congregation of Jackals was nominated for the Peacemaker and the Spur awards, and his 2014 novels Mean Business on North Ganson Street and Corpus Chrome, Inc. both received starred reviews for excellence in Booklist. His newest book is Hug Chickenpenny: The Panegyric of an Anomalous Child, a gothic tale that he will bring to the silver screen with the help of his new creative partners, The Jim Henson Company. After reading this strange story, Clive Barker declared, "S. Craig Zahler is certain to become one of the great imaginers of our time." In addition to writing and directing, Zahler has founded and played in several bands, including the doomy epic metal outfit Realmbuilder, whose albums have been released by I Hate Records of Sweden. With longtime friend and songwriting partner Jeff Herriott, S. Craig Zahler co-composed the orchestral score for Bone Tomahawk, and the soul music for Brawl in Cell Block 99 and Dragged Across Concrete, as well as the jazz compositions for the latter. Zahler and Herriott also make music as Binary Reptile, a synthesizer project that provided the music for the ear movie, The Narrow Caves. His latest novel, The Slanted Gutter, will be released by ChiZine Publications in June 2020.