Aboriginal Australians: A History Since 1788 (Paperback) 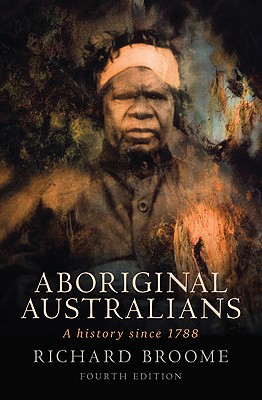 A powerful history of black and white encounters in Australia since colonization, this fully updated edition remains the only concise survey of Aboriginal history since 1788 In the creation of any new society, there are winners and losers. So it was with Australia as it grew from a colonial outpost to an affluent society. Richard Broome tells the history of Australia from the standpoint of the original Australians: those who lost most in the early colonial struggle for power. Surveying two centuries of Aboriginal-European encounters, he shows how white settlers steadily supplanted the original inhabitants, from the shining coasts to inland deserts, by sheer force of numbers, disease, technology, and violence. He also tells the story of Aboriginal survival through resistance and accommodation, and traces the continuing Aboriginal struggle to move from the margins of a settler society to a more central place in modern. Since its first edition in 1982, Broome's Aboriginal Australians has won acclaim as a classic account of race relations in Australia. This fully rewritten fourth edition continues the story, covering the uneven implementation of native title, the plight of remote Aboriginal communities, the "Intervention," and the landmark apology to the "stolen generations" by Federal Parliament.

Richard Broome is Associate Professor of History at La Trobe University. One of Australia's most respected scholars of Aboriginal history, he is also author of the prize-winning Aboriginal Victorians.

"Richard Broome has managed an enviable achievement. The vast sweeping story of Aboriginal Australia from 1788 is told in his typical lucid and imaginative style . . . an important work of great scholarship, passion and imagination."  —Professor Lynette Russell, Center for Australian Indigenous Studies, Monash University