The Flight of a Wild Duck: An Improbable Journey Through Life and Technology (Hardcover) 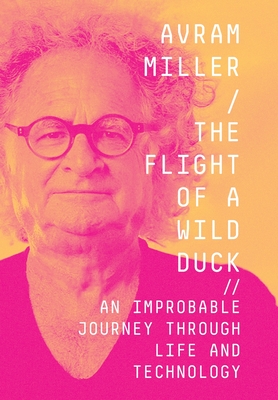 "You always needed a wild duck like Avram, a nonlinear thinker that stirred up the others. I always try to have an Avram on my team. Always. They disrupt and create." -Andy Grove, former Intel CEO

In The Flight of a Wild Duck, Avram Miller describes how luck, intuition, imagination, humor, and risk-taking enabled him to become one of Silicon Valley's visionaries and leading venture capitalists. He recalls his journey of overcoming childhood illness, a troubled family, and an inability to function in the education system to eventually become a senior executive at one of the world's leading technology companies.

Never one to follow a conventional path, Miller broke away from a difficult childhood, leaving home to become a merchant seaman and later a hippie and activist in 1960s San Francisco. Though he had no formal education, his childhood interest in electronics provided him with a foundation in technology, and he ended up working in medical research. He was appointed as an associate professor at twenty-nine. He later transitioned from a successful medical science career to the computer industry, landing at Intel, where he cofounded Intel Capital, one of the top venture capital organizations in the world.

The Flight of a Wild Duck is rich with personal stories, told with humor and honesty, interwoven with the history of the computer industry. Throughout, Miller provides insights into the legendary industry pioneers with whom he worked, including Andy Grove, Bill Gates, and Ken Olsen. The book documents several critical events that gave rise to the personal computer, the Internet, and the creation of broadband communication, in which Miller played a leading role.