The University of Cancer: No One Applies-The Curriculum Can Kill You-The Education Is Priceless (Hardcover) 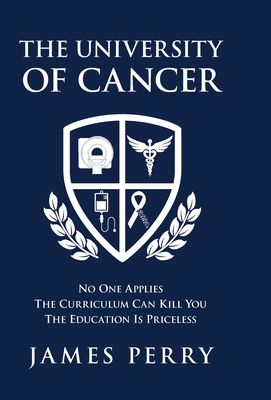 Years ago, a wise man shared with me a story about making a difference.

He told me about a big storm and abnormally warm currents that swept along the Florida coastline. Thousands and thousands of starfish washed up on the shore and were dying on the sand. When the storm had calmed and the sun came out the following day, a boy was walking along the shore, picking up starfish and throwing them back into the ocean, giving the starfish a chance at life again. A man walking along the beach noticed the boy and asked, "Why are you throwing those starfish back into the ocean? There are too many; it won't make any difference." The boy looked at the man, reached to pick up a starfish and threw it back into the ocean. The boy said, "Made a difference to that one." Adapted from "The Star Thrower" by Loren Eiseley, in The Unexpected Universe, 1969.

While I was enduring my chemotherapy and radiation treatments, I met many other people who were experiencing the same treatments that I was going through. Many of them were driving a lot farther than I was. Many of them could not afford to stay the night in a hotel. One woman I met, Maria, was driving daily from Moreno Valley, some 200 miles one way in her 1991 Toyota Camry. She could barely afford gas to get her there and back every day.

So, the proceeds of this book will be used to make a difference in individual cancer patients' lives. I will seek the guidance of the doctors and the staff who helped me survive to recommend people who could most use the help to "make a difference in that one's life.