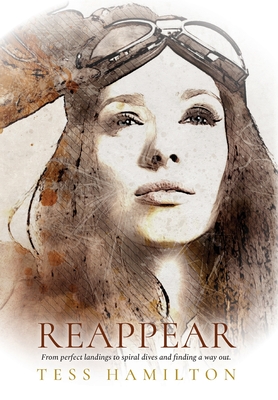 Tess Hamilton's story continues, weaving in and out of time as her life unfolds from the 1970s to the year 2012.

Thoughts of Leaving concluded with Tess packing her 1958 Karmann Ghia Volkswagen and leaving behind the cold concrete sidewalks of the San Francisco Bay Area as she headed for California's breathtaking Golden West.

With the realism of dead-end avenues fading in her rearview mirror, Tess forges into a new beginning, and grapples between the minds of wisdom and the nonsensical behavior that consumes the minds of men.

Tess undertakes the world of motherhood, challenges what is right and what is wrong, and strives for an internal awakening. She replaces her old Adidas jogging sneakers for soft-toed shoes that rest against an aircraft rudder pedal, and she responds to an unyielding call from the wide-open blue skies.

From Hawks to Yellow Bananas in the sky, from Typewriters to Aircraft Engines, and from String Theory to Crossing Over, flight becomes her best friend.