The Stories of U.S.: A Collection of Stories of Undocumented and First-Generation Immigrants Living in America Today (Hardcover) 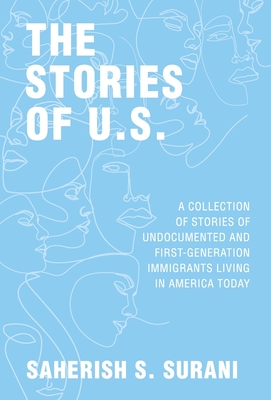 Each and every day, approximately 10.7 million undocumented immigrants live in the United States, fearing for their safety and uncertain of what tomorrow may hold. Immigration is about more than politics. It is about compassion, love, and putting humanity first.

The Stories of U.S. is a collection of the experiences of ten undocumented and first-generation immigrants who are living in the United States today. In the current political climate, oftentimes the stories of immigrants and first-generation Americans are tokenized and made into something that they are not. Perhaps you have done the same thing and not even realized it when echoing something from the media without a second thought. It is time for that thoughtful reflection. This book gives you an intimate look into the lives of some of the immigrants whose daily lives are affected in sometimes dangerous ways by their immigration status.

You will learn about individuals who have overcome immense barriers to live lives that others take for granted including:

The Stories of U.S. will help you to gain a better understanding of both our own communities and the communities that surround us. While the immigration crisis is a political one, it is more so a humanitarian crisis at its core.