The Book of LIES (Paperback) 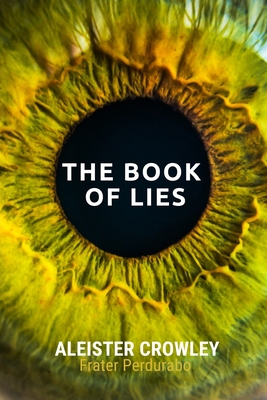 By Aleister Crowley
$10.99
Email or call for price.

Aleister Crowley was a noted and controversial occultist, ceremonial magician and poet. He has been called "the wickedest man in the world" or "The Great Beast 666 " or "Frater Perdurabo" but he remained a highly influential figure over Western esotericism and the counterculture. This book contains features aphorisms and paradoxes that invoke the symbolism of Freemasonry and other traditions (Qabalah, Satanism...). This is a valuable book to anyone interested in occult studies. Excerpt: "...None the less, I could point to some solid achievement on the large scale, although it is composed of more or less disconnected elements. I refer to The Book of Lies. In this there are 93 chapters: we count as a chapter the two pages filled respectively with a note of interrogation and a mark of exclamation. The other chapters contain sometimes a single word, more frequently from a half-dozen to twenty phrases, occasionally anything up to a dozen to twenty paragraphs. The subject of each chapter is determined more or less definitely by the Qabalistic import of its number. Thus Chapter 25 gives a revised ritual of the Pentagram; 72 is a rondel with the refrain 'Shemhamphorash', the Divine name of 72 letters; 77 Laylah, whose name adds to that number; and 80, the number of the letter P , referred to Mars, a panegyric upon War. Sometimes the text is serious and straightforward, sometimes its obscure oracles demand deep knowledge of the Qabalah for interpretation, others contain obscure allusions, play upon words, secrets expressed in cryptogram, double or triple meanings which must be combined in order to appreciate the full flavour; others again are subtly ironical or cynical. At first sight the book is a jumble of nonsense intended to insult the reader. It requires infinite study, sympathy, intuition and initiation. Given these I do not hesitate to claim that in none other of my writings have I given so profound and comprehensive an exposition of my philosophy on every plane...