Turkish Cuisine: A Cookbook of Authentic Recipes from Turkey (Paperback) 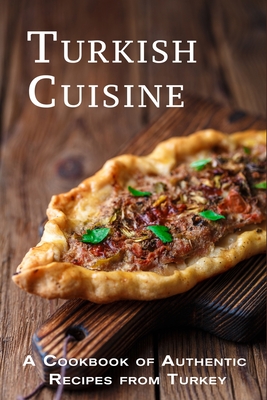 Discover the aromas and flavors of Turkish Cuisine. This cuisine is largely based on the heritage from the cuisine of the Ottoman Empire, which can be described as a fusion and refinement of Central Asian, Middle Eastern, Eastern European and Balkan cuisines. Turkish cuisine has in turn influenced those and other neighbouring cuisines, including much of Southern & Central Europe. The Ottomans fused various culinary traditions of their realm with influences from Levantine cuisines, along with traditional Turkic elements from Central Asia (such as yogurt and mantı), creating a vast array of specialities.

Here are few of the more than 50 recipes you will find in this cookbook: