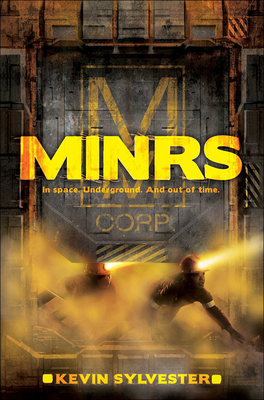 By Kevin Sylvester
$19.80
Email or call for price.

This is book number 1 in the Minrs series.

A boy and his friends must find a way to survive in the mining tunnels after their new space colony is attacked in this gritty action-adventure novel, which School Library Journal called "a solid survival story." In space. Underground. And out of time. Christopher Nichols and his family live on a new planet, Perses, as colonists of Melming Mining's Great Mission to save the earth. Dozens of families like Christopher's have relocated, too, like his best friend Elena Rosales. A communications blackout with Earth hits, and all of Perses is on its own for three months. It's okay, though, because the colonists have prepared, stockpiling food and resources to survive. But they never prepared for an attack. Landers, as the attackers are called, obliterate the colony to steal the metal and raw ore. Now in a race against time, Christopher, along with a small group of survivors, are forced into the maze of mining tunnels. The kids run. They hide. But can they survive?