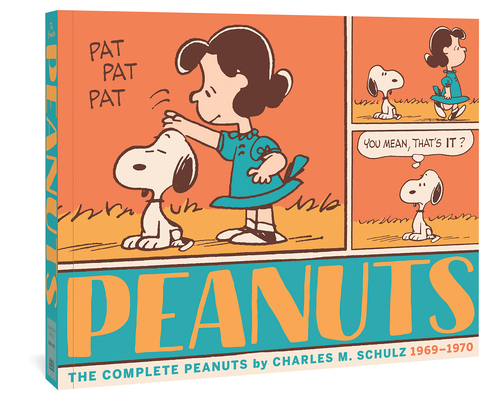 By Charles M. Schulz
Email or call for price

In this volume, Snoopy’s pal Woodstock propels Peanuts into the 1970s!

On June 22, 1970, Woodstock gains his name in a perfect salute to the end of the 1960s! In other storylines, Peppermint Patty runs afoul of her school’s dress code, Lucy declares herself a “New Feminist,” and Snoopy returns to the Daisy Hill Puppy Farm on a speaking engagement!