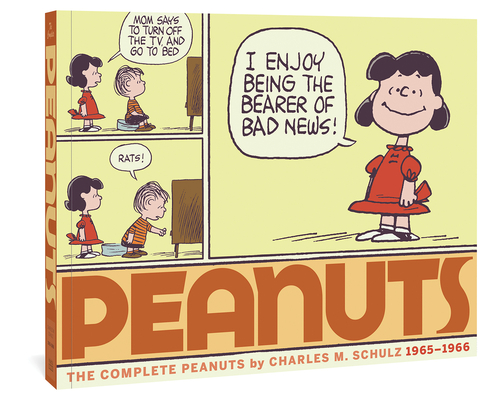 In this newspaper strip collection, Snoopy has his first “dogfight” with the Red Baron, and Peppermint Patty makes her debut.

We are now in the mid-1960s, one of Schulz’s peak periods of creativity (and one third of the way through the strip’s life!).

The multi-talented, Hal Hartley is a key figure in the American indpendent film movement. His credits include Henry Fool, The Book of Life, and No Such Thing.