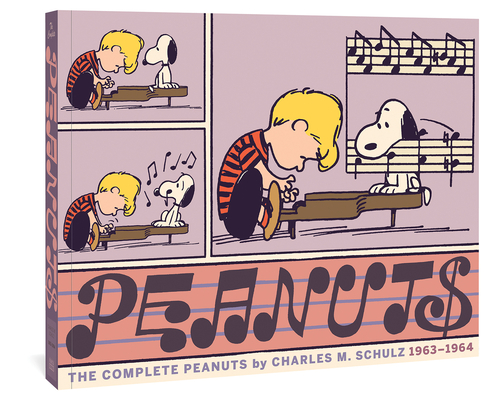 This newspaper comic reprint includes the number siblings, Linus running for class office, and much more.

This volume is particularly rich in little-seen strips. Also in this volume: Lucy creates an educational slideshow of Charlie Brown’s faults (it’s so long there’s an intermission!) and Snoopy’s doghouse begins its conceptual expansion (the ceiling is so huge that Linus can paint a vast “history of civilization” mural on it). Introduction by Bill Melendez, animator of A Charlie Brown Christmas.