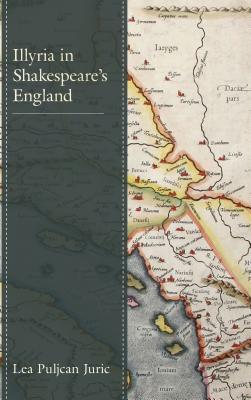 Illyria in Shakespeare's England is the first extended study of the eastern Adriatic region, often referred to in the Renaissance by its Graeco-Roman name "Illyria," in early modern English writing and political thought. At first glance the absence of earlier studies may not be surprising: that area may seem significant only to critics pursuing certain specialized questions about Shakespeare's Twelfth Night, which is set in Illyria. But in fact, it is not only often misrepresented in the discussions of that play but also typically ignored in the critical conversation on English prose romances, poems, and other plays that feature Illyria or its peoples, some rarely read, others well-known, including Shakespeare's Comedy of Errors, 2 Henry VI, Measure for Measure, and Cymbeline. Lea Puljcan Juric explores the reasons for such views by engaging with larger questions of interest to many critics who focus on subjects other than geographic regions, such as "othering," religion, race, and the development of national identity, among other issues. She also broadens the conversation on these familiar problems in the field to include the impact of post-Renaissance notions of the Balkans on the erasure of Illyria from Shakespeare studies. Puljcan Juric studies the encounters of the English with the ancient and early modern Illyrians through their Greek and Roman heritage; geographies, histories, and travelogues, written in a variety of European polities including Illyria itself; religious conflict after the Reformation and the threat of Islam; and international politics and commerce. These considerations show how Illyria's geopolitical position among the Ottoman Empire, Habsburg Empire and Venice, its "national" struggles as well as its cultural heterogeneity figured in English interests in the eastern Mediterranean, and informed English ideas about ethnicity, nationhood, and religion. In Shakespeare studies, however, critics have consistently cast Twelfth Night's Illyria as a utopia, an enigma, or a substitute for England, Italy, or Greece. Arguing that twentieth-century politics and negative conceptions of the eastern Adriatic as part of "the Balkans" have underwritten this erasure of Illyria from our perspective on the field, Puljcan Juric shows how entrenched cultural hierarchies tied to elitism and colonial politics still inform our analyses of literature. She invites scholars to recognize that, for Shakespeare and his contemporaries, Illyria is the site of important socio-political and cultural struggles during the period, some shared with neighboring areas, others geographically specific, that invite dynamic historical and literary scrutiny.

Lea Puljcan Juric is lecturer in the Department of English at Fordham University.