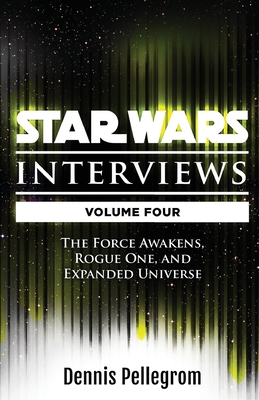 In film studios long ago but not so very far away, JJ Abrams and Gareth Edwards directed the first two Star Wars movies for the Walt Disney company: The Force Awakens and Rogue One. But they didn't do it alone...

Pellegrom also dishes up a grab bag of chats with some of the notables from Star Wars Rebels, including voice actors Vanessa Marshall (Hera Syndulla) and Keith Szarabajka (Cikatro Vizago).

Whether you're looking for backstage gossip, fan interaction stories, or the nitty-gritty about how the effects of the early Star Wars films were created, you'll find it here.