Tales from the Boston Bruins Locker Room: A Collection of the Greatest Bruins Stories Ever Told (Hardcover) 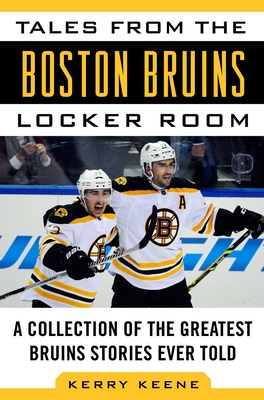 By Kerry Keene
Email or call for price.
Special Order

In this fascinating collection of Bruins tales, Kerry Keene brings readers behind the scenes and captures the stories that have defined the franchise throughout its storied history. From the team’s inception in 1924 to their 2011 championship run and beyond, Tales from the Boston Bruins Locker Room has it all. The Table of Contents includes:

Learn what Bruins jersey number was retired twice, who started the tradition of painting stitches on hockey masks, and how the 1977 Bruins team inspired author George Plimpton to write the book Open Net, and relive the greatest moments of the 2011 Stanley Cup Finals.

Kerry Keene is a freelance writer and sports historian. A member of the Society for American Baseball Research, Keene lives in Raynham, MA.