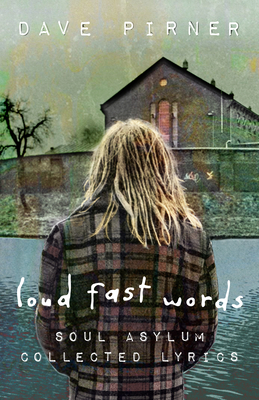 Soul Asylum has been a leading force on the alternative rock scene since the 1980s behind Dave Pirner's passionate and inspired songwriting. Beginning with his high school band, the Schitz, and then the precursor to Soul Asylum, Loud Fast Rules, Pirner's songs have run the gamut from punk rock ragers to soulful ballads, from humorous ditties to intense social commentary. Collected here, for the first time, are the complete lyrics from more than forty years of songwriting by Pirner. From Soul Asylum's early Twin/Tone releases--Say What You Will, Made to Be Broken, While You Were Out--through the latest, hot-offv-the-presses release--Hurry Up and Wait--Loud Fast Wordsoffers firsthand commentary from Pirner reflecting on every album and every song from his repertoire. He leads you through the band's early indie success and the songs that helped catapult Soul Asylum into the major-label mainstream with Hang Time, And the Horse They Rode in On, and the triple-platinum Grave Dancers Union, including the Grammy-winning "Runaway Train." Two more albums in the 1990s--Let Your Dim Light Shine and Candy from a Stranger--were followed by three full-length records, two live albums, and several compilations leading up to the newest 2020 release. Pirner also digs into the vault and shares his recollections of the 1986 cassette-only release, Time's Incinerator. Loud Fast Words takes you inside the mind and creative process of one of America's great songwriters. Dig into the words and meanings for more than 150 songs from this hugely popular and durable band.