Va Handbook for Veterans and Advocates: How to File for Va Benefits and Appeal Your Claim (Paperback) 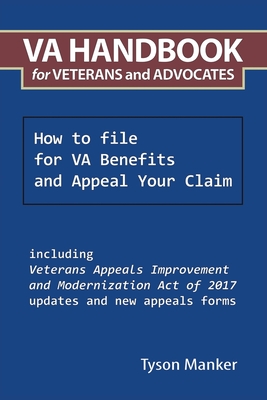 TYSON MANKER is a licensed Illinois attorney and veterans advocate who served in the Marine Corps infantry with multiple overseas deployments and a 2003 combat tour-of-duty as part of the lead U.S. fighting force during Operation Iraqi Freedom. He has since advocated at the local, state and national levels on issues like veterans treatment courts, discharge upgrades, and VA reform. Tyson taught business law at Lincoln Land Community College before serving as the Director of a Washington, DC-based veterans service organization, where he worked closely with members of Congress on military and veterans legislation, and also with the U.S. Department of Veterans Affairs on issues like regulatory reform. In 2018, he successfully sued the Navy in a federal class-action lawsuit, Manker v. Spencer, on behalf of all Iraq and Afghanistan veterans with PTSD, TBI and MST who were denied honorable discharges in violation of the law. Having defeated a Government's motion to dismiss, the case is expected to be resolved in 2021 or 2022. Tyson lives in Illinois with his bulldog, Lily.