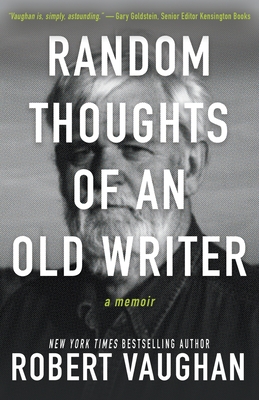 The autobiographical thoughts of award-winning author Robert Vaughan, start with his childhood, including a 71-year grudge against a bad call in a Little League Baseball game. Spanning across his time in the army, first as an enlisted man, to include his time as an aircraft maintenance instructor in the Army Aviation School at Rucker during which time he once wrestled a bear, and his time in Korea from a poignant Christmas, to finding an abandoned baby.

His military experiences also cover his time as a warrant officer, serving at Ft. Campbell, in Germany, where he engaged in a "slapping contest" with a German, three combat tours in Vietnam, including landing on a mine, being temporarily blinded, and scrounging a staff car from the Navy.

After leaving the army, Vaughan had a short, but active television career, from which he was fired for handcuffing the weather girl to a desk during a live broadcast. His TV career was followed by a stint of owning and publishing a newspaper, then, becoming a full time novelist with nearly 400 books published, including seven New York Times best-sellers. During his writing career, Vaughan was arrested by the FBI as a part of one of his books was read into the Watergate Hearings.

The book is told, not in numbered chapters, but in a series of titled vignettes.