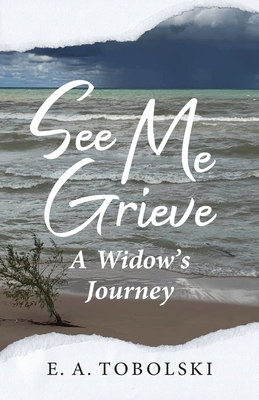 On a hot afternoon in July of 2019, E.A. Tobolski's husband was hit by a pickup truck as he rode his motorcycle home to her. Two hours later, she arrived at the hospital and was told "they did all they could." Her husband of twenty-eight years and partner for thirty-one died, leaving her to mourn him and parts of her own definition. The life she lived for over half her life, one which nourished her and gave her purpose, had been ripped away and replaced with the painfully uncertain life of widowhood.

See Me Grieve is a woman's raw reflections on an unexpected life without the person who filled up so many parts of her. It tells of the agonizing pandemonium of suddenly living in a world without her other half. Each entry provides brutally honest looks at the pain, confusion, loneliness, and triumph of sudden widowhood through unfiltered lenses. Broken into four sections, readers are led along the fall, the darkness, the acceptance, and the continuation on this widow's reluctant journey. Survival was the initial goal; living came later.