Death and Love in the Holocaust: The Story of Sonja and Kurt Messerschmidt (Paperback) 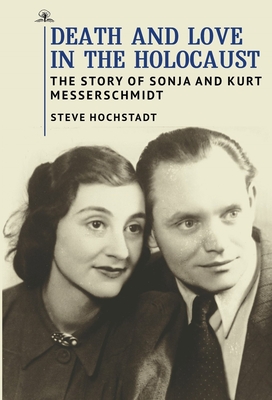 Kurt and Sonja Messerschmidt were among the last Jews deported from Nazi Berlin. They were among a handful of couples who were married in Theresienstadt, and are possibly the only pair who lived to describe their wedding. They survived Auschwitz, and unimaginable slave labor in other camps. Kurt was one of two survivors of a group of death marchers in southern Germany. They found each other again after liberation, and eventually emigrated to the United States. As told to Steve Hochstadt as part of the Holocaust and Human Rights Center of Maine's project to record and preserve individual experiences of Holocaust survivors, this book captures Kurt's and Sonja's separate but always intertwined stories. Their accounts, as improbable as they are moving, tell from both sides how a loving relationship formed in persecution became an element of survival in the Holocaust.

Steve Hochstadt taught history at Illinois College 2006-2016, after teaching at Bates College in Maine for 27 years. His research has focused on the Holocaust. Sources of the Holocaust is a documents collection widely used in Holocaust courses. Exodus to Shanghai: Stories of Escape from the Third Reich tells the story of the flight of Jewish refugees from Central Europe to China. He is a member of the International Advisory Board of the Shanghai Jewish Refugees Museum and treasurer of the Sino-Judaic Institute, a pioneer in education about Chinese-Jewish relations for the past 30 years. Many of his weekly columns for the Jacksonville (IL) Journal-Courier appear in Freedom of the Press in Small-Town America: My Opinions.