The Man Who Brought Brodsky Into English: Conversations with George L. Kline (Jews of Russia & Eastern Europe and Their Legacy) (Paperback) 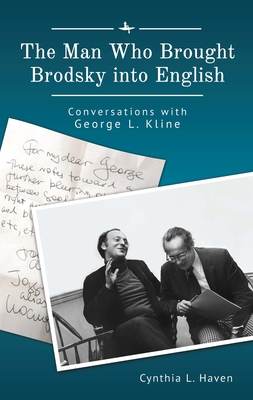 Brodsky's poetic career in the West was launched when Joseph Brodsky: Selected Poems was published in 1973. Its translator was a scholar and war hero, George L. Kline. This is the story of that friendship and collaboration, from its beginnings in 1960s Leningrad and concluding with the Nobel poet's death in 1996.

Kline translated more of Brodsky's poems than any other single person, with the exception of Brodsky himself. The Bryn Mawr philosophy professor and Slavic scholar was a modest and retiring man, but on occasion he could be as forthright and adamant as Brodsky himself. "Akhmatova discovered Brodsky for Russia, but I discovered him for the West," he claimed.

Kline's interviews with author Cynthia L. Haven before his death in 2014 include a description of his first encounter with Brodsky, the KGB interrogations triggered by their friendship, Brodsky's emigration, and the camaraderie and conflict over translation. When Kline called Brodsky in London to congratulate him for the Nobel, the grateful poet responded, "And congratulations to you, too, George "