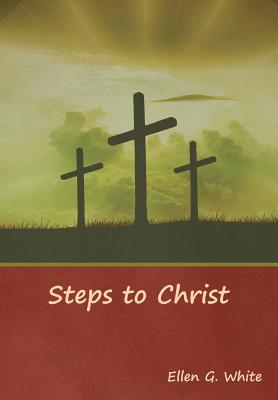 By Ellen G. White
Email or call for price.

Ellen Gould White (n e Ellen Gould Harmon; November 26, 1827 - July 16, 1915) was an author and an American Christian pioneer. Along with other Sabbatarian Adventist leaders such as Joseph Bates and her husband James White, she formed what became known as the Seventh-day Adventist Church. The Smithsonian magazine named Ellen G. White among the "100 Most Significant Americans of All Time.

White experienced some 200 alleged visions in public and private meetings throughout her life, which were witnessed by Adventist pioneers and the general public. She verbally described and published for public consumption the content of the alleged visions. The Adventist pioneers viewed these experiences as the Biblical gift of prophecy as outlined in Revelation 12:17 and Revelation 19:10 which describe the testimony of Jesus as the "spirit of prophecy." Her Conflict of the Ages series of writings endeavor to showcase the hand of God in Biblical history and in church history. This cosmic conflict, referred to by Seventh-day Adventist theologians as the "Great Controversy theme," became foundational to the development of Seventh-day Adventist theology. Her book on successful Christian living, Steps to Christ, has been published in more than 140 languages.

White was considered a controversial figure by her critics, with much of the controversy centering on her reports of visionary experiences and on the use of other sources in her writings. Historian Randall Balmer has described White as "one of the more important and colorful figures in the history of American religion". Walter Martin described her as "one of the most fascinating and controversial personages ever to appear upon the horizon of religious history". Arthur L. White, her grandson and biographer, writes that Ellen G. White is the most translated female non-fiction author in the history of literature, as well as the most translated American non-fiction author of either gender. Her writings covered a broad range of subjects, including religion, social relationships, prophecy, publishing, nutrition, creationism, agriculture, theology, social justice, evangelism, Christian lifestyle, education, and health. She advocated vegetarianism. She promoted and was instrumental in the establishment of schools and medical centers. During her lifetime she wrote more than 5,000 periodical articles and 40 books. As of 2015 more than 100 White titles are available in English, including compilations from her 100,000 pages of manuscript. Some of her other notable books include The Desire of Ages and The Great Controversy. (wikipedia.org)