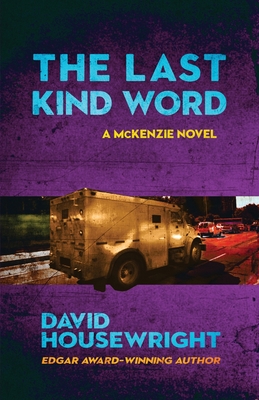 The Bureau of Alcohol, Tobacco, Firearms and Explosives, along with his FBI pal Harry, make McKenzie an offer he can't refuse--no matter how hard he tries: take on the identity of a wanted fugitive, escape to the upper reaches of Minnesota and infiltrate a crew of armed robbers known as "The Iron Range Bandits." His mission--help retrieve a cache of stolen weapons before they're used to wreak havoc on the Canadian-US border.

But there are a few catches. First, the bandits aren't the hardcore criminals they seem to be although the bent sheriff deputies chasing them certainly are. Then there's the stripper and her nefarious manager, the ex-soldier trying to prove he's a man, the minor-league crime czar who uses blackmail to force McKenzie to rob a highly guarded bank vault, and an enigmatic thug who finds love in all the wrong places. Not to mention the gunrunners who pride themselves on shooting first and asking questions later.

And if that's not enough to make him wonder why he didn't stay home with his lady-love Nina Truhler, McKenzie soon learns that the promises of an ambitious Assistant U. S. Attorney to the contrary, he is absolutely on his own.

Praise for THE LAST KIND WORD:

"If you took a modern-day noir and mixed it with a light comedy, you'd get something very much like a McKenzie novel: a serious, occasionally dark story told by an entertaining, often bemused narrator. An excellent but strangely underappreciated series." --Booklist

"There are seriously few writers who can beat David Housewright for sheer storytelling power. His books hit the ground running and don't let up until the last page. This is another terrific story--I can't wait for the next one." --Aunt Agatha's