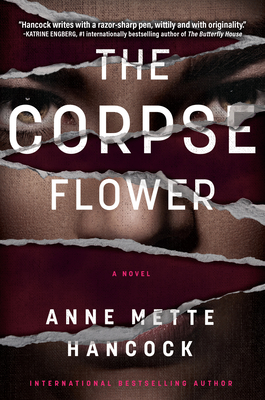 This is book number 1 in the A Kaldan and Scháfer Mystery series.

The Girl With the Dragon Tattoo meets Sharp Objects in this internationally bestselling psychological thriller, for fans of Jo Nesbø and Henning Mankell, now for the first time in English.


Danish journalist Heloise Kaldan is in the middle of a nightmare. One of her sources has been caught lying, and she could lose her job over it. Then she receives the first in a series of cryptic and unsettling letters from a woman named Anna Kiel.

Wanted in connection with the fatal stabbing of a young lawyer three years earlier, Anna hasn't been seen by anyone since she left the crime scene covered in blood. The police think she's fled the country until homicide detective Erik Scháfer comes up with a lead after the reporter who originally wrote about the case is found murdered in his apartment. Has Anna Kiel struck again, or is there more than one killer at large? And why does every clue point directly to Heloise Kaldan?

Meanwhile, the letters keep coming, and they hint at a connection between Anna and Heloise. As Heloise starts digging deeper, she realizes that to tell Anna's story she will have to revisit the darkest parts of her own past--confronting someone she swore she'd never see again.

The Corpse Flower is the first in the #1 bestselling Danish crime series, the Kaldan and Scháfer mysteries.

Anne Mette Hancock made her debut as an author in 2017 with The Corpse Flower. This poignant suspense novel debuted at #1 on the Danish bestseller charts. She was awarded the Danish Crime Academy's debutant prize and was named Author of the Year in Demark.

Praise for The Corpse Flower:
"Structurally flawless."
—The Washington Post

“If you enjoyed The Girl with the Dragon Tattoo, you will thoroughly enjoy this [Danish] thriller full of action, family secrets, and intrigue.”
—The San Diego Union-Tribune, Recommended Reads

“Scandinavian noir at its noirest. It’s hard, maybe unthinkable, to imagine how Hancock will follow it up.”
—Kirkus Reviews, starred review

“This book has a little bit of everything. If you enjoy Scandinavian crime stories, you will definitely want to check [it] out.”
—San Francisco Book Review, 5-star review

"[A] gripping debut . . . Assured prose matches the intricate plot. Hancock is off to a strong start."
—Publishers Weekly

“Hancock writes with a razor-sharp pen, wittily and with originality. I simply adore her books.”
—Katrine Engberg, #1 internationally bestselling author of The Tenant and The Butterfly House

"Anne Mette Hancock has written a killer book. This one has it all—a great story, compelling characters, and a page-turning plot. Don’t miss The Corpse Flower."
—Harry Hunsicker, author of The Devil’s Country and former executive vice-president of the Mystery Writers of America